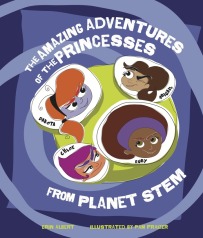 We received a nice note from Kickstarter Erin Albert about her success using Kickstarter For Dummies during her campaign for “Getting Girls Excited About STEM: A Children’s Book Project“.  Thanks Erin for the kind words and congrats on bringing your dream to life!

She shares:  “I just wanted to say THANK YOU for being the mastermind behind Kickstarter for Dummies. I just completed a successful Kickstarter campaign of my own, due in large part to the suggestions YOU wrote about in your book. It was a TON of work to complete successfully – but you made it just a bit easier by sharing your wisdom – THANK YOU!”

One thought on “A Kickstarter Shares Her Success with “Dummies” Title”